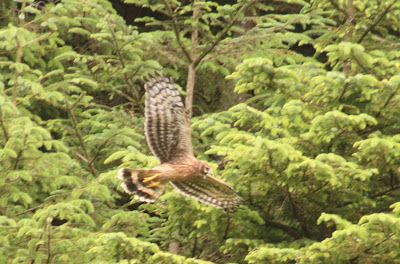 This is the final instalment of The Hen Harrier Diaries 2015. This years breeding season has been an outstanding success for our established pairs, they were all successful in rearing chicks. One of the territories (Pair 2) did not see any breeding attempt this year. 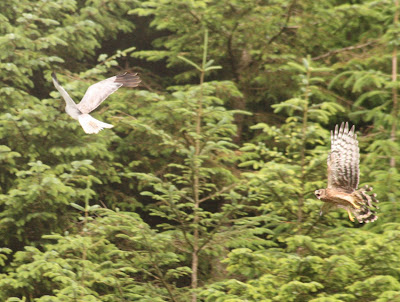 Pair 1; Heather's Mom and Dad. Great respect is due to this pair against all the odds they reared one beautiful chick, no meagre achievement in a predator infested area.The young fledgling has now set off to explore the world for itself , hopefully the chick will one day return and have a successful breeding attempt too.

Pair 3; The pairs hard work was really rewarding, rearing three gorgeous chicks, The three young chicks were an absolute joy to watch, especially when they fledged, they basically assaulted mom and dad every time they returned with food for their overeager chicks. They gave us some of the most memorable moments of the summer. Now they have gone their separate ways to explore the world, lets hope they stay safe. 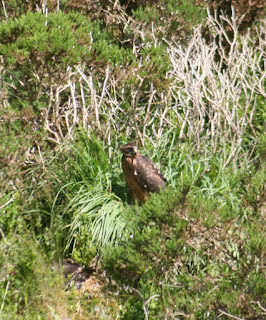 Pair 4; We have had some anxious and enduring moments from this pair over the course of the summer. Their result has been a positive one rearing one stunning chick. The chick stuck around until a few weeks ago until it's curiosity to see the world got the better of it. Hopefully mom and dad can produce the same again next year.

Pair 5; The Professionals have yet again been phenomenal this year, the conclusion was even better than initially believed, they actually reared three chicks. They gave us a wealth of wonderful memories over the summer. Hopefully their young juveniles can find their away in the world and no doubt we will see mom and dad again next year. 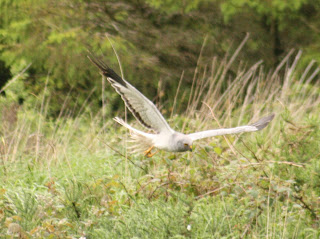 Pair 6; New Kids on the BlockPenny is a special bird, like all Hen Harriers. From her first attempt at sky dancing to her first food pass, her bravery to challenge four lesser black back Gulls and evict them from her territory she had us intrigued. What a success story Penny has been, at such a young age to rear three gorgeous chicks credit to her and her Male companion, hopefully they will return again next year and be as successful as this year, and her young fledglings are thriving in their new world.

Now it is onto the first winter of the young birds born on the mountains this year. They will travel near and far, making their own way in the world. The first winter is a real bottlebneck for the Irish Hen Harrier population, with just one out of every six chicks believed to survive through to the following spring breeding season. The Irish Hen Harrier Winter Survey follows the progress of our national Hen Harrier population during this crucial part of the year and sightings can be contributed to harriers@ahg.gov.ie

We will keep you posted with some news from roosts around the country throughout the winter and should you have any news you would like reported yourself, please email Hen Harrier Ireland at home.of.harriers@gmail.com

Bye for now
Thank you for tuning in
Hen Harrier Ireland