If we are at a crossroads, we need to think forward about what road we go down

There has been a lot of media coverage in the past couple of weeks about concerns that excessive levels of industrial forestry are ruining landscape, nature and communities. This is not a new subject by a long way. These real concerns have been around for decades by environmental groups and by people who have found themselves isolated in what have been termed “tall green deserts”. The recent media coverage is perhaps a reflection that politicians are becoming exercised about the issue now, in addition to local communities and environmental groups. Notable among these has been Marian Harkin, a Member of European Parliament. It takes a while for what is happening in Breandrum to filter through to Brussels. The media coverage is also perhaps symbolic of the crossroads at which rural Ireland finds itself, particularly in the less agriculturally rich areas like the west and northwest and the uplands. A perfect storm is brewing with suckler farming viability through the floor, Brexit looming, and Government continuing to push forestry in a big way (mainly to offset the increased carbon emissions associated with expansion of dairy…although that theory is debatable and is being debated). Do we want to see a rural Ireland smothered in Sitka Spruce, owned by investors in Frankfurt and London or God knows where? This is essentially what is happening and is likely to happen more and more. Ireland recently celebrated the 1916 rising and all that stood for, and the links to land ownership are so strong for farmers. It is clear that none but the vested interests (including some politicians and even representatives on farming organisations) would prefer a ‘Sitka Spruce State’. 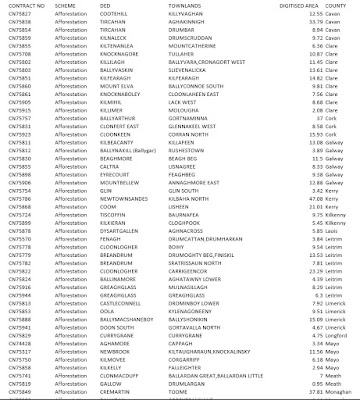 There is a growing recognition that farming and environmental interests are not and should not be strangers; they should be married! Environmentalists, particularly conservation groups are realising more and more the importance of farmers in managing and providing environmental goods from carbon balance to clean water to biodiversity, landscape and pollination. Note the term “managing and providing”. It is not a given that farmers automatically provide these by virtue of their practice; the type of practice is obviously the underpinning influence and can be either positive or negative. But environmentalists are awake to the fact that the farmers are the most important people in the equation. 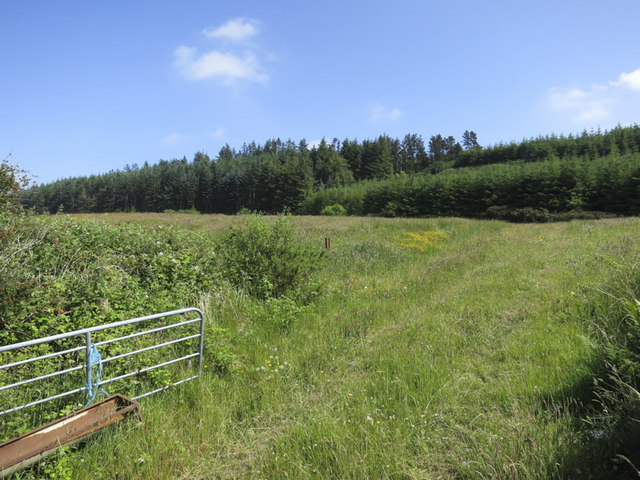 Oftentimes the most important areas from an environmental point of view are considered ‘marginal’ land. A lot of Irish farms are considered ‘marginal’. That really says it all about where we have got to in Ireland over recent generations; the most important areas are ‘marginal’. Marginal to agricultural production; but agricultural production is not everything, it is not the be all and end all and that is where mindsets need to change and this is the space where future thinkers have been for some time. ‘Marginal’ areas by their very nature will never produce the quantity of agricultural produce possible in ‘the good land’. Economies of scale dictate that farmers in marginal upland areas simply cannot compete in the same market as farmers in highly productive areas. So future thinkers, including farmers in these areas, are considering what is best to sustain what generations before have created, in terms of a landscape, community and local economy, because at present it is crumbling. So what is the solution? A new market; that of the environment. They have considered that sustainability is a stool with three legs – environmental, social and economic. While all three are equally important for a thriving rural Ireland, environment is the foundation on which it all depends. Rather than continuing what has been the trend since entering the Common Market, with small farmers being bought out by the big neighbour or abandoning their land and planting with spruce, farmers are opening their eyes to the fact that the provision of environmental goods and value-added produce has to be the way forward for these areas if they are to survive as a thriving farming landscape with a social fabric.

Farmers in a number of areas are aligning themselves with environmental groups and agri-environmental projects. Such projects would be truly sustainable in their aims, given the balanced input and knowledge sharing between environmentalists and farmers (and by the way, environmentalists can be and often are farmers and farmers can be and often are environmentalists). This is not what can be said for the vested interests who push forestry plantations as ‘sustainable’. They have highjacked that word and anyone who cares to take a drive through the Sliabh Aughty Mountains or Mullaghareirk Mountains can see that for themselves (the three legs of environmental, social and economic have been cut off…only a stump of ‘economic’ exists and that money does not circulate much locally, rather outwards to Coillte or private investors). If they were planting native trees in the right places, that would go some way towards redressing the balance, but the quick buck is what drives their decisions. So too the climate that the Government has created for this proliferation of inappropriate forestry has exacerbated its rise and the loss of small farmers, biodiversity and local communities. This policy is coming under scrutiny. Local, social and national media are turning a spotlight on the issue and examining what is happening and what has happened.


The foregoing points are ones that readers of Hen Harrier Ireland will be very well used to seeing from us over the past 5 years or so. Others like the Irish Raptor Study Group and Birdwatch Ireland have for a long time now advocated for a brighter future, even when others including farming organisations have lobbied for more forestry. A common question asked by the environmental protagonists has been “how has that model of forestry helped your local area in the last 3-4 decades?”. Bringing it back to Hen Harriers, these amazing birds are indicator species. They indicate that there is a suite of other wildlife species including small mammals and small birds that they would not survive without. These small mammals and small birds would not be present without suitable habitats. In Ireland, the management of these habitats is dependent on farmers. So there is a direct and straight line between the Hen Harrier and the farmer. The proliferation of forestry in Hen Harrier SPAs to a staggering 53% has correlated very closely with the decline of Hen Harriers, the decline of biodiversity in general and the decline in small farmers. While it is right that the media shine a spotlight on areas like Leitrim and West Cavan where spruce dominated forestry cover is over 15% (85% unplanted), it would be worth someone travelling to the Hen Harrier SPAs (47% unplanted) with a camera and microphone to talk to the people that live up there; people who have been cut off from neighbours, people who have seen the views from their younger days deleted, the bird songs silenced and the fish in the rivers removed. Communities replaced by more than 200 million spruce trees. The last remaining farmers and communities in these areas are so precious and need to be supported properly, yet their voices are not being heard. The lazy narrative to date for these areas has been that the local farmers are up in arms, that they want more forestry; whereas the reality could not be further from the truth. This narrative has come from a relatively small minority with a narrow aim, making a lot of noise (and a farmer vs bird story is a tired old staple now at this point for some of the Irish media…let’s be forward thinking). Oftentimes, those making the noise don’t even live in the area and those reporting on it have never set foot there! The recent meetings against forestry in Carrick-on-Shannon and for the Hen Harrier Project (a new €25m injection into Hen Harrier SPAs to help farmers help Hen Harriers) in Scarriff visually represent the reality. Farmers want to farm. They want to pass on the land that was inherited from their parents to their own children. If given their choice, they will take an exciting agri-environmental scheme any day over a death knell forestry scheme. But as it stands, the Government are stacking the odds in favour of forestry and against farmers and biodiversity. They put greater money and duration of investment into forestry. They artificially inflate land values to the point that local farmers can’t compete with private investors when land comes up for sale and to the point that when forestry is stopped in designated areas for environmental reasons, that the value of land is de-inflated. The Forestry Programme has been a disaster all told. Even perhaps those that designed the Forestry Programme would consider it disaster in that it has failed to come anywhere near reaching its targets (yes, they wanted even more forestry!).


It is now time for our politicians to be forward thinking and put the resources earmarked for industrial forestry into agri-environment and climate actions (which can include appropriately designed and targeted planting of trees). Put that money directly into the pockets of the most important people; the farmers who can manage and deliver appropriate management of upland peatlands for carbon and water, manage and deliver habitats for biodiversity, supply clean water from the upper reaches of river catchments, alleviate flooding, etc. and in being rewarded, keep local economies turning.  Politicians can be guaranteed that if the same money per hectare or even less was pumped into such schemes as is the case for forestry, and that if these schemes were offered on a 15-year basis as forestry is, there would be massive uptake, far more than for forestry. This would not only be far more popular (which is what politicians will look for first), but it would also be far more meaningful, sustainable and worthy.