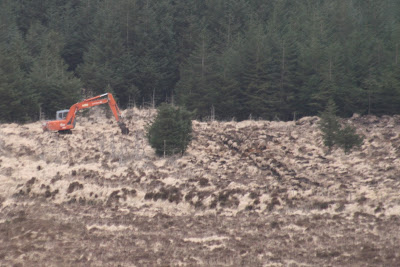 Just in case there was any doubt!

Forestry is the greatest negative driver of Hen Harrier population decline in Ireland.

For a full review of scientific and peer-reviewed material on the matter, see this review which was put together to inform the science behind the Hen Harrier Threat Response Plan, which is still not published after four years and has gone very quiet indeed:

For those on Twitter, it is well worth looking at the following search results here and here 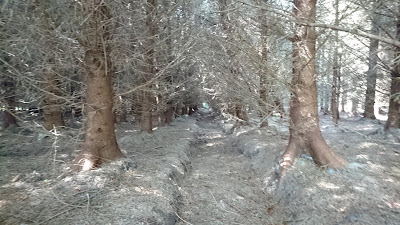 Here are some posts down through the years on this blog referring to forestry and Hen Harriers:


Thursday, 21 January 2016
A Picture Paints a Thousand Words
A post describing from the ground, the losses of nature associated with commercial forestry including Hen Harrier, Curlew, Red Grouse, Skylark, and many more. Also the real impacts on local communities after 40 years of experience. Any questions? Take a drive to parts of any of the Hen Harrier SPAs!


Sunday, 12 April 2015
The Hen Harrier Diaries
Some observations from fieldwork on Hen Harriers including two of the lesser known effects of forestry on Hen Harriers, increased predation risk and direct disturbance (nest loss) from forestry operations. The largest and most obvious downside of afforestation is loss of natural and semi-natural habitat for the Hen Harrier and various other upland species.


Thursday, 17 July 2014
Hen Harriers suffer major losses to predators
Just before Hen Harrier chicks are due to fledge, they are often predated, to an extent that is driving population decline. Predation rates are higher in and near forestry.


Tuesday, 10 June 2014
Misleading article in Irish Farmers Journal heaps further bad press on Hen Harriers
A response to a highly irresponsible article from a journalist on the Irish Farmers Journal, saying that forestry could be the saviour of Hen Harriers, when various books and scientific papers and evidence from the ground says otherwise. With the increase of forestry in Hen Harrier SPAs going from 0% to 52% in a number of decades, the journalist might have asked himself the basic question why Hen Harriers are not now flourishing in these SPAs, but instead decided to write an article devoid of facts or reality. Soon after this article, one of the authors of a book he mis-represented wrote into the Irish Farmers Journal to state the reality of forestry being negative for Hen Harriers, where he stated: “the opposite has been the case with the blanketing of large swathes of our uplands with mature forestry.”!