Work on the Hen Harrier Diaries commenced on the 28th of February, nearly six months later it has finally come to a conclusion it has been a disappointing year to say the least, with only two of our six pairs managing to rear young (with four chicks reared in total).

Below is a summary of the pairs. 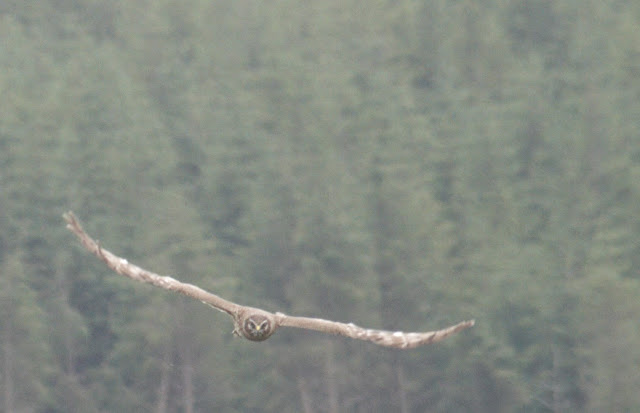 Pair 1. Penny.
Penny set a high standard in 2015 rearing three chicks, a remarkable achievement for her first breeding attempt, this year she faced many obstacles from human disturbance (someone who clearly doesn't have any consideration or knowledge for wildlife taking photographs and clearly disturbing the mother who should have been tending to her chicks), bad weather to forestry work taking place in close proximity to her nest. But against all odds this amazing bird managed to rear two chicks this year, the young harriers have now dispersed to explore the world, we wish them well and hopefully someday they will return and rear chicks of their own.

Pair 2. Heather's Mom and Dad.
As reported in previous updates our hunch was in fact correct, Heather's Mom and Dad were not successful in their breeding attempt this year. We believe they failed in the first weeks of early chick stage, with predation was the most likely cause. The odds are really stacked against this pair with the majority of their territory now a green desert of sitka spruce. This vast area of forestry is home to numerous predators and is forcing the birds to travel huge distances to forage. This sustained absence is when the young chicks are vulnerable to predators and is heartbreaking to watch. It is clearly no fault of the birds, and with a bit of luck this pair can be more successful next year.

Pair 3.The Glen Nesters.
It seems the intrusion from other Hen Harriers changed the minds of this pair and they abandoned their breeding attempt early in the season, while the male remained in the territory for several weeks it appears all the activity proved too much for the female and she abandoned early on. This was really a disappointing turn of events for this pair as they have been one of our most productive pairs over the last number of years, lets hope 2017 can be a better year for the specialists.

Pair 4.
It turned out to be a brilliant year for this pair, they managed to rear two chicks and both were females, despite deciding to nest less than 50 feet from active turf cutting (this is their second year rearing young in the same location, with turf cutting active both years). These chicks were the first to fledge in 2016 and they remained in the area for several weeks before finally deciding to venture into the world on their own, lets hope they stay safe and one day they return.

Pair 5.
Unfortunately this pair also didn't make it this year, we can't say for sure but predation was the most likely reason for failing, this pair also have little or no choice to nest near mature sitka spruce plantation and face a gigantic challenge to rear young every year. This is very disappointing for this pair after such a successful year last year, lets hope they stay safe over the winter and return next year to give breeding another go next year.

Pair 6.
This pair are similar to the other three pairs that didn't make it, and a clear pattern is obvious in all cases: sitka spruce/parents away from nests/predation. This has become an all too common occurrence. Pair 6 didn't have their best year in their debut year in the Hen Harrier Diaries, they also didn't make it across the line, we believe they they failed at the early chick stage, lets hope they return next year and have a better time of it.


For the young Harriers born this year they are now exploring the world on their own and face the biggest challenge of their short lives surviving their first winter, hopefully the will grace our skies on the hills again next spring. It's now onto the The Irish Hen Harrier Winter survey where we will keep you updated along the way, you can contribute directly to the conservation of the Hen Harrier by reporting any sighting of a Hen Harrier to harriers@ahg.gov.ie.