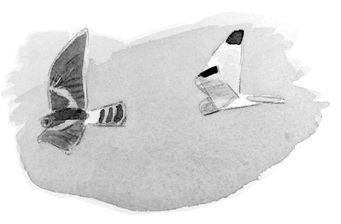 Welcome to the first installment of The Hen Harrier Diaries. Over the course of the next four months,I will share with you some news from six territories in the Stack's to the Mullagharierk Mountains Special Protection Area for Hen Harriers. This is being undertaken as part of a national breeding survey; but also to extend what has been a long running study of over half a century on these mountains. How these pairs will do in 2015, we have no way of knowing but fingers, toes and everything else crossed that they will make it all the way from now until the end of the summer and come out the other side with young chicks reared!

For the safety of the Hen Harriers involved, these pairs will not be referred to by the location they dwell in, but by numbers (pair 1, 2, 3, 4, 5 and 6). The males will be known as Males 1-6 and their corresponding partners will be know as Females 1-6.

So for the past few weeks, a small team of us have been busy going out establishing which territories are currently occupied. this is one of the most exhilarating times of the year and we have been treated to some spectacular sky dances by the males and even one female who reached 111 peaks on one of her dance sessions!! One of the sights that really puts a lump in our throats is the male and female circling together on the thermals, rising and inter-weaving with one another as the sun shines through the feathers of the brilliant white male and the rich brown female, against a beautiful blue sky. It really is something to behold. Love is the air!! 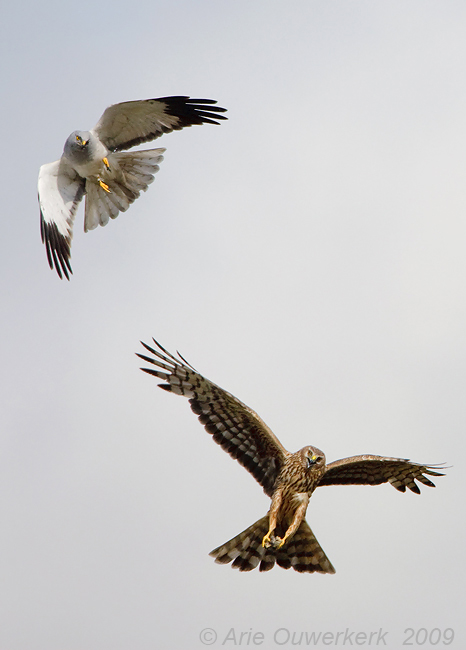 So to introduce our pairs, with whom you will become acquainted throughout the season!

Pair 1. Heather' Mom and Dad. You will remember Heather, who was born and reared in 2013 and targeted and shot in South Kerry in January 2015. Heather had travelled the country and brought so many people closer to Hen Harriers, as well as providing much needed data on the ecology of the species in Ireland. Well, Heather's parents are back for another try this spring and summer, The male has been sky dancing and has had to ''escort'' another male harrier who may been eyeing up the female. Good on him, he loves his girl and his territory! this pair have not had the best of luck and their usual nest location close to forestry, has been precarious and there have been a number of predation events over the years.

Pair 2. The Neighbours! While not yet confirmed for sure, we are hopeful that another pair will settle close to pair 1. we have had 2 females and 2 males in the area,so hopefully they will sort things out. This pair had their nesting attempt interfered with in 2014 when a well known forestry company were planting the ground right at their nest kept the adults away from the nest so long that the young died. Lets hope for better in 2015.

Pair 3. This has been a traditional nest site for a number of years now. The female tends to nest in amongst gorse scrub on a slope.Hopefully they will soon select their preferred nesting spot and start bringing nesting material for the breeding attempt that lies ahead.

Pair 4. Both male and female have been seen courting each other. they nest in an area where turf cutting is active and they were successful in rearing 3 beautiful young fledglings in 2014. Lets hope for more of the same this year!

Pair 5. The glen nesters!This pair nest in a secluded glen, which is very quite, apart from the beautiful sound of the Curlew! The male and female are considered real professionals and have been successful in rearing young for the past number of years.Once, the female was seen to carry a stoat in her legs!!

Pair 6. New kids on the block! A brand new '' out of the box '' female. born just last summer, has been seen in the company of an adult male. This is a very exciting prospect as this is a new pair and we wish them all the very best! 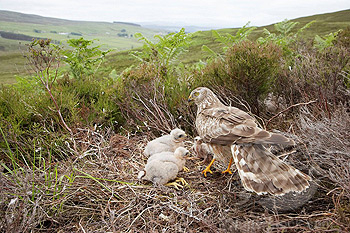 Stay tuned for various updates along the way .

Of course, feel free to share your own news also,BUT PLEASE DO NOT EVER GIVE ANY INFORMATION THAT WOULD DISCLOSE LOCATION  of these sensitive and rare birds of prey.