Since mid-May, Heather has enjoyed a most productive stay in a moorland and extensive farmland area of Mayo, not far from Lough Conn. Here, she has used an area of domestic turf banks as her base, hunting the willows of that bog and the rushy fields and moorland of the surrounding landscape each day on a regular and familiar route (which incidentally took her into Peregrine Falcon territory!). She has been seen in the Lough Conn area on more than one occasion and some digested pellets found at her roost have been collected to allow analysis of her diet (more to follow when anaylsis complete). We're all glad to see that she has done well in this area and was looking fine and healthy when last seen.

Now however, she has decided to up sticks and move further east, though still in County Mayo.

The map image below provides some fascinating viewing - each dot is a locational fix for Heather's movements on both 27 June and today, 29 June. It is clear to see that she is showing a preference for moorland, as is the norm for Hen Harriers. However, it is the long strip of tarmac in amongst the dots that probably draws most attention - that is Ireland West Airport Knock!! Imagine the red dots as Heather - an airborne creature representative of wild Ireland, completely juxtaposed with airborne technology representative of human endeavour. Amazing stuff. 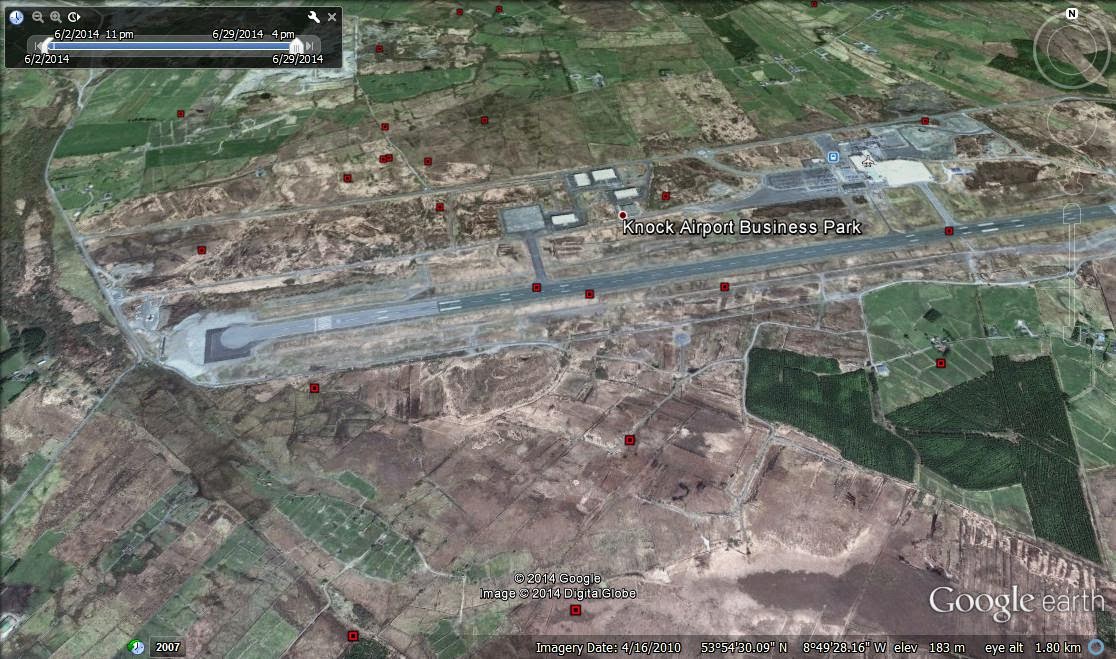