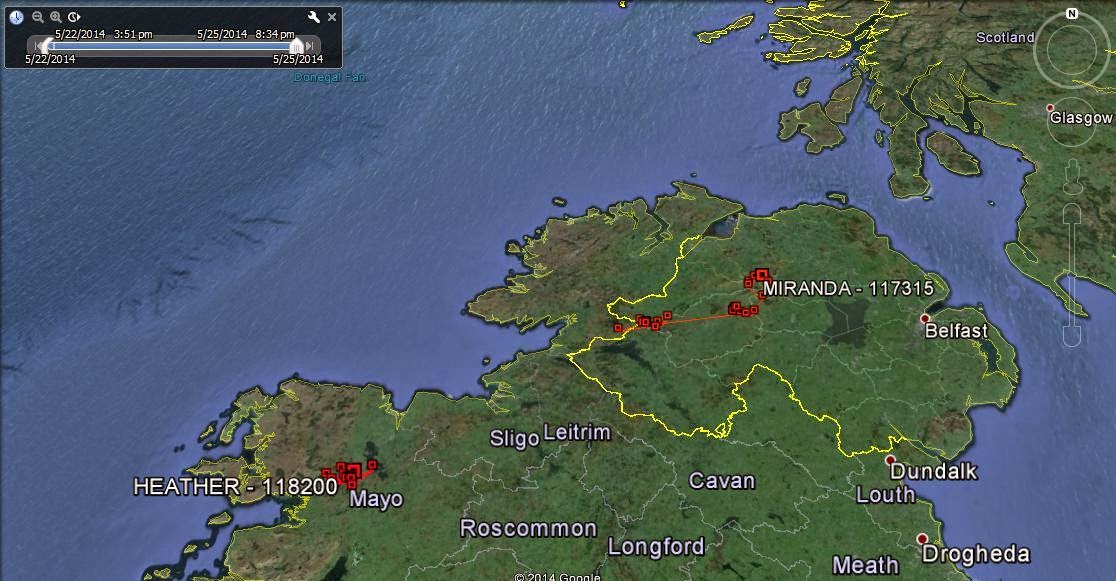 This week saw Heather stay in Mayo, very much living up to her name by enjoying the heather moorland expanse that she has found in the Lough Conn area.

It also saw Miranda make a move from where she has spent the past months, to head to the Fermanagh/Donegal/Tyrone border, before returning east again into the heartland of Tyrone.

At one stage, the two girls were just over 100km from each other - and for these individuals we know that isn't a gulf in distance. It is the closest to each other that they have ever been, even though they have both found the same places (specific patches in the Lough Neagh area and NW Mayo).

It is clear at this stage that neither Miranda nor Heather are breeding.

It is vital that the females throughout Ireland that are breeding have a successful breeding season. Literally one should never count their chickens til they have hatched...or fledged in the case of Hen Harriers as the high risk of nest predation, especially in forest areas is always a concern. Let's wish them all the best in 2014.