‘Little E’. Born Survivor. But Where Does He Go?! 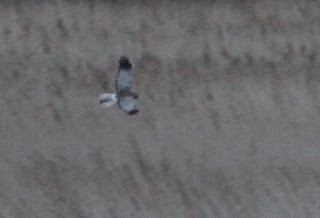 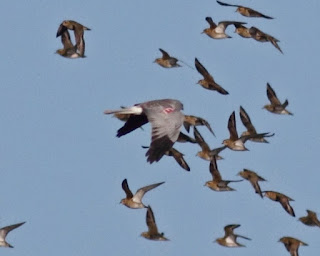 
I wing-tagged Little E on the Cork-Kerry border (his parents being smart decided to nest on the Kerry side!) on a summer’s evening 06 July 2010.  He was one of a brood of 5 healthy chicks.  He was next seen in South Wexford, almost 200km from home in September 2010. I had one of the most memorable sightings of a Hen Harrier, when I met this young male in person on 14 November 2011. He flew right up to me out of his roost, so close I could nearly read my phone number on the bottom of his tag! It was an amazing encounter, to see a bird I had in my hands back in Kerry during the summer, now finding his feet as an individual on the other side of the country. It is an image that will stay with me forever.

Fantastic news when Little E returned to his Wexford roost again the following winter in November 2011 and was reported by artist and author of the Collins Bird Guide, Killian Mullarney. Having moulted his brown juvenile plumage to the grey/brown plumage of a 2nd Winter male, he became the first Irish wing tagged male to have been seen as a ‘grey bird’. There were great hopes that he would progress to become a spectacular looking adult male some day!

Needless to say then, I was delighted when informed by local birder and photographer Paul Kelly that in November 2012, Little E has returned yet again to his roost in South Wexford! Now he has really grown up and only slight traces of his juvenile plumage remain. It is wonderful to know that a Hen Harrier you have known since a chick is making his way in the world and doing well. However, it throws up the obvious question…where does he spend his summers?!! Why does he turn up in November? Does he travel on towards France thereafter? Does he even breed in France? Wouldn’t it be wonderful to answer these questions and so much more. There will always be more to find out about these wonderful birds. With the help of satellite tags, as used with Blackwater and Sky this summer, hopefully we will begin to answer some of these questions.

At the same time, in Wicklow we are graced by the presence of a male Hen Harrier the very same age as Little E, who was also wing tagged in 2010. The one big difference however, is that this other bird (named ‘Orange 2’) was wing tagged in England! And where does this male spend his summers??? The exchange between British and Irish Hen Harriers and possibly further afield is noteworthy. What happens to ‘our’ harriers over there, or what happens to ‘their’ harriers over hear, has major implications for national populations and indeed the overall metapopulation.

Thanks to everyone who continues to send on their sightings of Hen Harriers, tagged and untagged to harriers@ahg.gov.ie. Please if you have seen any Hen Harriers be sure to send the records for the Hen Harrier’s protection.